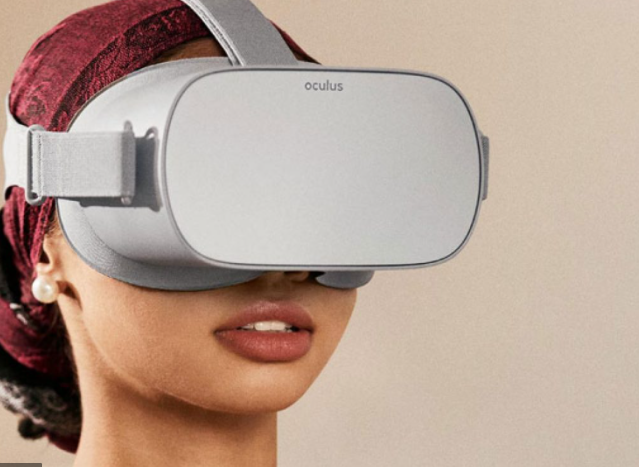 Many people enjoy playing video games and immersing themselves into VR—Virtual Reality—fantasy worlds. But often these games have excluded the average gamer. They’re expensive, and often only enjoyed at your rich friend’s house, at gaming conventions, or in electronics shops. But once VR seeps into the major consumer market, this new gaming tech should become more affordably priced for everyone.

Oculus Go is their newest release. It’s believed that it will push VR tech into the mainstream.

In the past, VR devices were tethered to a machine. This required a big power-consuming console. Not only was there the chance you’d trip over the cords, but that the big bulky headset would fall off at an intensive moment during the game. Today, VR is now a part of smart phone technology, making it more affordable. All that’s required is your gaming app, a reasonably new smart device, and a good headset.

Mobile headsets are essential to a good VR game. They allow the user to immersive themselves fully into a new environment. Currently, they’re limited by smartphone specs and battery life.

It’s believed that standalone headsets will be the future of VR. Oculus Go may not be the first device of its kind, but it provides an accessible way to play the game, and gives us high-quality graphics. Oh, and it’s also backed by Facebook marketing too.

Oculus Go should hit the market in May 2018. The company has just began showing it at electronics conferences.

The new headset will have a price tag of $200, placing it within reach of many consumers who couldn’t afford the earlier versions.

One concern of the older headsets was that they didn’t fit all shapes and sizes of heads. The new Oculus Go is not only lighter, it’s more comfortable to wear. People with tinier heads will appreciate it’s new design. It can also be adjusted, if you’re sharing with your family. There is a small gap at the bottom that allows you to see objects in real life, but as the game starts, it’ll disappear and place you in an entirely immersive world.

The headset comes with a small controller, and it has a wrist strap so you can easily find it if you drop it. It has a touch-sensitive thumb pad with two buttons. The controller works well as a motion stick. It’s nice and accurate, and smooth too. There are few unnecessary extras in the headset or the controller.

The games you can play with this new headset include Anshar Online and They Suspect Nothing.

The Oculus Go VR Headset will bring virtual gaming reality to more people. And the ability to use it with their smart phones is also going to be popular. While the $200 price tag is still a bit steep, it’s much more affordable than past VR technology. It’ll be exciting to see all the new games and experiences that gaming companies are going to create for it over the next few months.